Japan is an amazing place to visit. I absolutely loved it and am dying to go back! I will say, though, that whenever people hear about our trip, we get asked the same set of questions! These were questions that we had, too, but couldn’t really answer until we’d actually visited the country.

Today, I’m going to answer these top 5 questions and hopefully dispel any myths and lessen any reservations you may have about travelling to this amazing destination!

Not sure you feel like reading all of this? Listen in on The Real Girl Podcast: Episode 001: Top 5 Questions About Traveling to Japan Answered or check out our Japan Travel Series of videos on our YouTube Channel.

Answers To Your Top 5 Questions About Traveling to Japan

Question 1: Is it expensive?

This is literally the first thing we get asked every time someone hears that we went to Japan. Every. Single. Time. The answer is always the same: Yes and No. Well, maybe not what you think. So let’s break it down.

Food: We found food prices to be lower than in Canada, probably more on par with those in the US (for things like milk, produce, snacks, etc.). We found American restaurants like McDonalds and Starbucks to be about 15-20% cheaper than in Canada. To go out for a nice dinner, I would say the prices are on par with what it would cost to go our for a similar dinner in North America. Sushi on the other hand can be significantly more expensive.

Designer Goods: I found designer goods to be considerably more expensive than in North America. If you’re looking for a Coach or LV bag or Tom Ford suit or even high end cosmetics, you’re going to pay considerably more for them than you would at Saks or Nordstrom back home.

Transportation: Using the metro and public buses in a variety of centres proved to be quite cost effective. Transit rates vary from city to city, but not by much. A taxi from Tokyo Haneda Airport was only about $50 USD, too.

Big Costs Like Flights & Accommodations: We all know that flights overseas aren’t always cheap, but there have been so many seat sales to Japan lately, it’s a lot more cost-effective than it used to be.

Then there’s accommodation costs. There are a few different options and this is where you’ll find large cost differences. You can rent an AirBnB or VRBO; this might be a good choice if you have a large group and if you’re staying long enough that you’d want to do laundry. We opted for a “Business Hotel” which is basically a North American style hotel. Prices for this category of hotels can vary greatly from brand to brand. If you’re thinking that you’re going on this incredible trip, why not treat yourself to a Hyatt or Hilton for a few nights, it will be a much, much larger splurge than it would be in North America (consider $800-$1200 USD per night). A typical room will look like this: 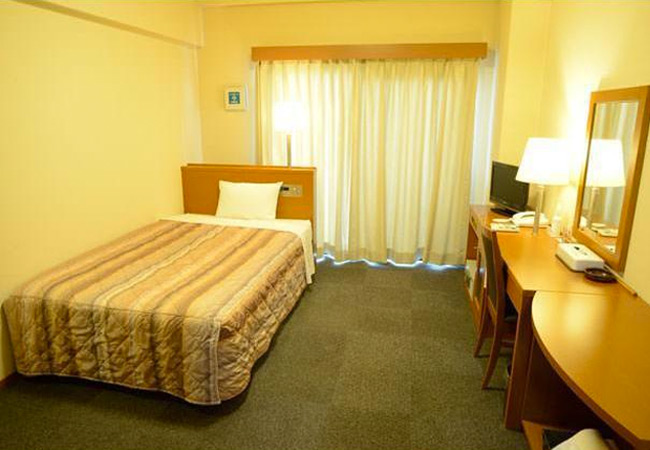 We were able to find a great room in a great neighbourhood in Tokyo for around $140 CAD per night and in Kyoto for $150-$160 CAD per night. The hotels had a ton of great amenities, the rooms each had a queen sized bed and enough space for the duration of our stay. The trickiest thing with securing accommodations is finding your desired bed size; many business hotels have rooms that feature a number of twin beds, rather than 2 doubles or a queen. A king sized bed is only found at pricier American chains.

NOTE: Accommodations are likely where you will spend the most time and energy planning your trip to Japan.

Question 2: What To Eat In Japan

People often say things like “I’d never go to Japan because I don’t eat sushi” or “I want to go to Japan but my wife/husband/partner/boyfriend/travel companion hates sushi so I don’t know what they’d eat” or my favorite “I can’t go to Japan because I’d probably starve because their food is strange”. ALL OF THESE STATEMENTS ARE RIDICULOUS! Here’s why…

I’m a picky eater and lucky for me, so is my husband (kismet, I know). We try to be as open minded as we can about new foods when we travel but at the end of the day, we’re still unsure of things that look ‘icky’. We ate more in Japan than we did in some European countries. There is so much variety in local cuisine and even the pickiest of eaters can find a feast!

We went to Japan for 10 days and did not eat sushi once.

Breakfast: There isn’t a huge breakfast culture in Japan like other places I’ve visited. You’ll find coffee shops and Patisseries on most streets and in metro stations. There’s also the standard McDonalds menu if you’re feeling desperate. TIP: Head into the larger metro stations and see what bodegas and pastry shops lie underground. No word of a lie, I ate some of the best French pastries I’ve ever eaten in Japan (and I’ve been to France). I probably ate my weight in pastry on this trip. 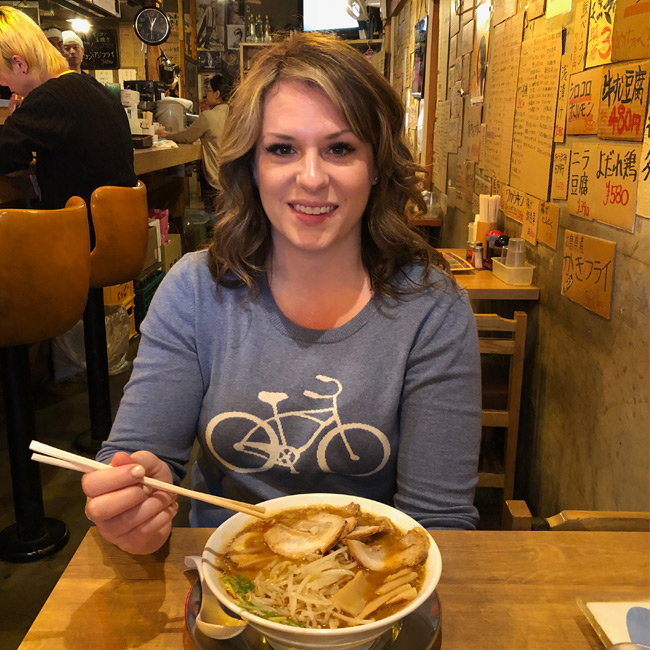 Lunch: Lunch was the trickiest meal for us because of when lunch spots are open! Most lunch restaurants that we found were open from 11am to 2pm and then closed again until 5pm when they re-opened for dinner. Consider this when planning your meal stops for the day. For lunch, we found that Ramen and Soba were available almost everywhere and few Yakiniku places were open. Other than that, you’ll see Tempura, Karaage and other small plates.

Consider that Tokyo has almost as many, if not more, Michelin Star Restaurants than the rest of the world combined, so finding good food isn’t hard.

Dinner: This is one of the busiest times of day with people heading to Izakayas or their favorite Yakiniku spot. I recommend reservations for Yakiniku, Teppanyaki and Sushi restaurants as they fill up quickly. Dinner is the best time to find high-end sushi and most restaurants are a set menu of whatever the chef prepares that day, so consider that if you aren’t the most adventurous. It can also be quite pricy. 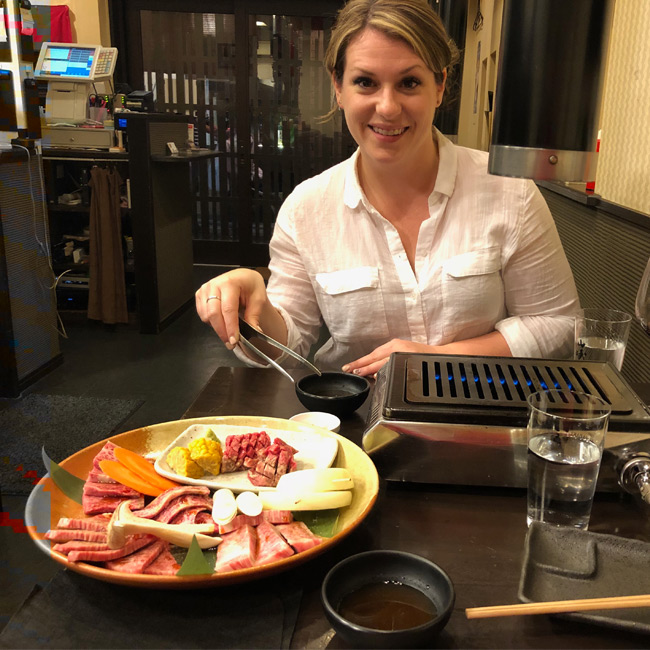 TIP: If you’re super unsure, do a quick Google search of some Japanese restaurants in your area and give them a try before making the trek across the Pacific.

IMPORTANT NOTE: Other than soft-serve ice cream, it is considered very rude and improper to eat while walking. Street food vendors will always have a place for you to sit or stand to eat your treat before moving on.

More on Tips for Eating in Japan and more on manners and customs in Japan here.

Question 3: What About The Language Barrier?

You may be thinking that everything is going to not only be in a foreign language, but in a non-latin alphabet, too, so how are you ever going to find anything or talk to anyone or even get around if you don’t speak Japanese?!! Don’t fret! 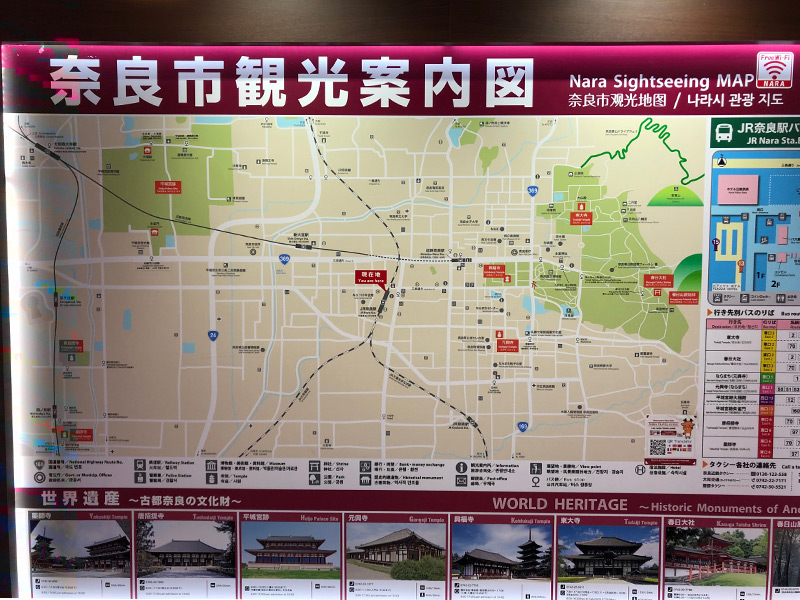 Answer: In Japan, almost everyone speaks Japanese, naturally. However, the number of English speakers was significantly larger than we had anticipated. In the hospitality industry in particular, almost everyone we encountered spoke fluent English. We found that most people we encountered, even elderly people in smaller centres, knew some basic English.

Most street signs, marquis, shop names and restaurants had English signs. Almost everything we encountered was in the latin alphabet. All restaurants feature an English menu as well that you can at the very least point out in pictures what you want to order to the server.

Using the metro as a non-Japanese speaker is also quite easy because all of the digital signs show information in Japanese first, but when you wait about 30-60 seconds, it will change to English. The same goes for PA announcements in metro stations and on trains. All printed signage is also posted in English at every stop and in every station. 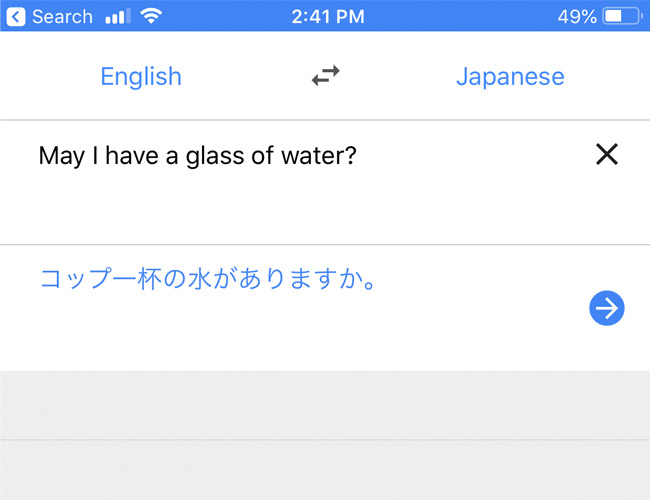 Google Translate is quite useful as well. If communication appears to be breaking down, often the English speaker or the Japanese speaker will type something into their phone in their native language and hold up the translation to the other person. We’ve seen this be quite effective! If a shop keeper is trying to give you an order total, they will often type it into a calculator to show you the exact amount, rather than saying it out loud.

Never underestimate how much you can communicate non-verbally as well. Body language, gestures, pointing, etc. can be indicative of what you are trying to communicate. 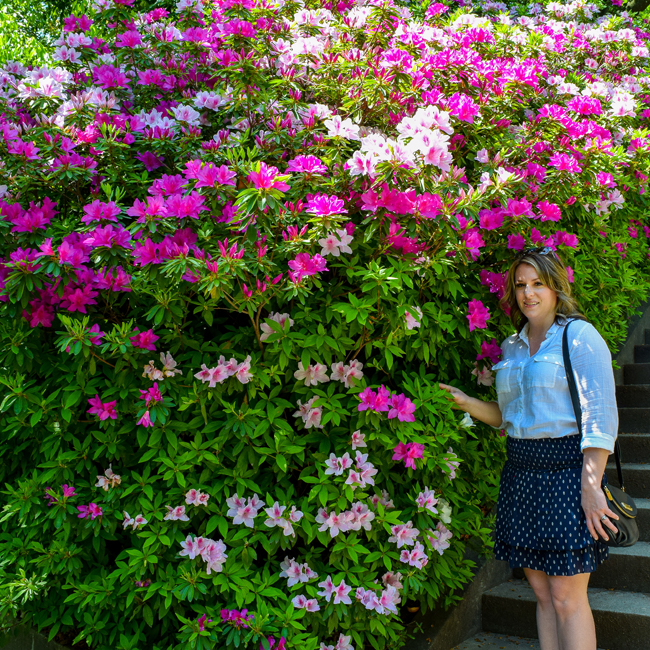 Answer: Obviously outfit choices are seasonal and weather dependent, so definitely consider the current weather in Japan before making packing decisions. It’s also important to consider some of the activities that you’ll be doing and pack accordingly.

The Basics: Here is what you will observe while in Japan, so to pack for “When in Rome”: Both men and women are dressed quite modestly. They are always fashionable and only wear ‘athleisure’ when doing leisure activities. They are stylish and always very presentable, even when dressed casually. You won’t see women wearing leggings, spaghetti straps, anything strapless or short shorts.

More info on what you’ll see others wearing here. You can also check out my article on What to Pack for Japan in Spring for some ideas and outfit inspo.

Outfits for Activities: If you’re planning on skiing or golfing or something that requires specific clothing then plan for that. For most hikes in Japan, a pair of good running shoes should suffice – you won’t need to pack hiking boots for those.

Question 5: How Do I Pay For Things?

The currency in Japan is the YEN and that is the currency that they accept. You can either use their cash currency or major credit cards. You will want cash for things like street vendors, local markets and for refilling your Pasmo/Suica card for the subway. Also worth noting is that many establishments accept your Pasmo/Suica card as a form payment, too. It’s almost like a universal gift card.

Not sure about how much cash to carry with you? There is an ATM on almost every corner (usually inside a 7-11) that accepts North American bank cards).

Want more details and more in-depth info on traveling to Japan? Check out The Real Girl Podcast and the Styled to Sparkle YouTube Channel! 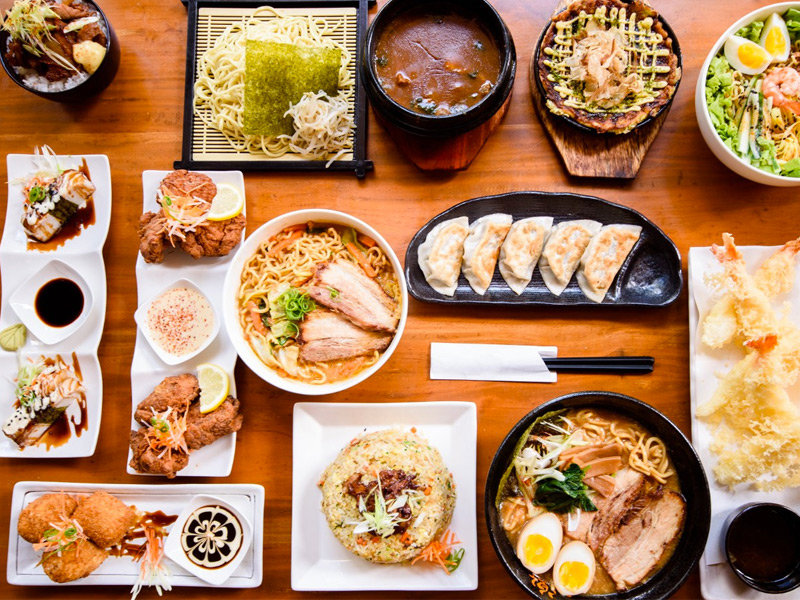 Japan Travel Tips Where to Eat

Simple Tips for Eating in Japan 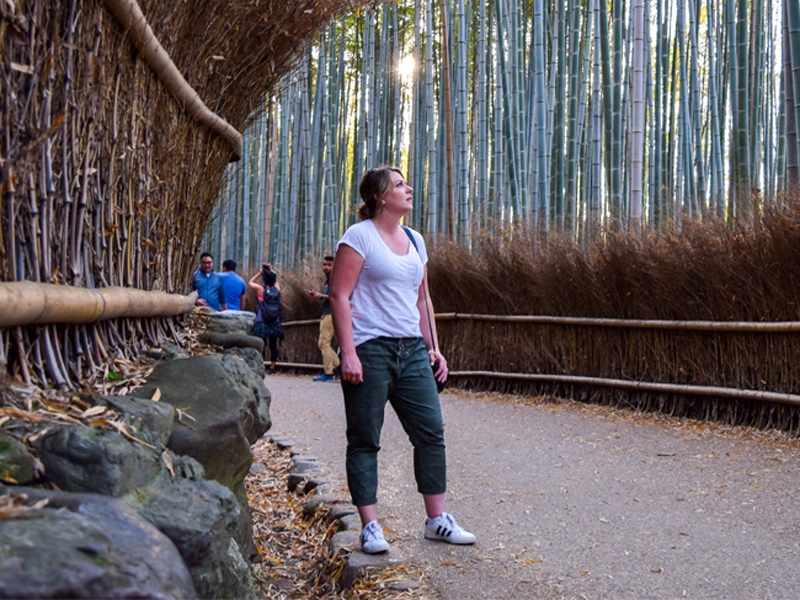 10 Ways To Be A Good Tourist In A Foreign Country 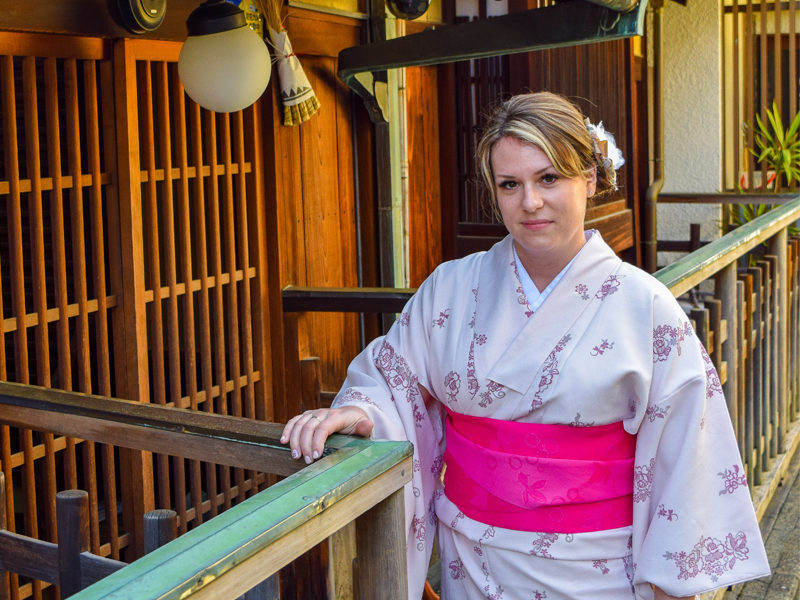 Things To Do in Japan: The Kimono Experience

City Views ✨ When searching for the right car se

So, let's just go ahead and pretend that it's stil

Bath Time 🛁 A functional space that I could mak

Hey there! I'm super excited about this weekend! T

Baby Play Space ✨ I’m all for having a play ar

Fridge Organization 🍋 We all see those Pinteres

How To Keep Your Fridge Clean & Organized

How To Organize Your Pantry – For Real!