I’ve done a fair bit of traveling in my lifetime and there are a few things that I notice time and time again from other tourists. These behaviours have become so commonplace for us to witness in our travels that I figured I should put out some kind of PSA to help!

Why am I writing this? What I’ve noticed about these ‘bad’ behaviours of other tourists is that they come with consequences. So often I’ve noticed these people receiving less than stellar customer service or even being flat out ignored because of how they are behaving. So, in order to help you make the most of your trips abroad – and to have the best experience possible – I am offering up my advice.

Here are ten different things to be mindful of when traveling to foreign countries!

#1: Don’t Expect Everyone To Speak English

Unless you’re visiting the, USA, the United Kingdom, Australia, New Zealand or most of Canada, don’t immediately expect that everyone you meet will know how to speak English. If you’re in Brazil, expect to hear Portuguese. If you’re in France, expect to hear French. Although you will encounter a large majority of people in large cities who speak English as a second (or even fifth!) language with great fluency, please don’t expect that they do. When someone doesn’t understand you, speaking slower and louder doesn’t help – it just makes you look like a condescending jerk. The person you’re speaking to isn’t deaf – they just don’t speak English so saying it louder doesn’t change anything.

I have watched English-speaking tourists angrily berate locals in other lands for not speaking English and it is horrifying. These people do not come to your English-speaking country expecting you to be fluent in their language, so please don’t expect the same. Need help communicating? Google Translate is always at your fingertips!

On another note here: don’t expect that every English-speaking tourist is from your home country, either. My husband and I are often asked “Which part of the States are you from?” because we are heard speaking in English to one another and we always reply “We’re not, we’re from Canada.” Fun Fact: Not all Canadians have accents!

#2: Learn Some Key Phrases In The Local Language

Getting around, shopping, eating at restaurants, etc. can be a lot easier if you learn a few simple phrases in the local language. My top suggestions include “please”, “thank you”, “excuse me”. Again, if you aren’t sure, use Google Translate. When we visited Japan and were in some of the smaller centres where English wasn’t spoken in great fluency, shop keepers would type phrases into their own smartphones and hold up the Google Translate screen for us to read. Don’t be afraid to do the same.

It’s also important to understand that not all slang words translate. On a recent trip to France, we heard a tourist repeating the word “cab” over and over to a hotel concierge who did not understand what he was being asked. The global term that should have been used was “taxi”. Please consider how your local slang does not translate in other countries as it will help you to be better understood.

Please do not attempt to pay with currency that does not belong to a country. Not all European countries use the Euro, even those that are within the EU Zone such as Croatia or England (pre-Brexit they still used the British Pound). Despite what you may read, the US Dollar is not universally accepted as payment, however any currency can easily be exchanged as there are kiosks for this everywhere (especially in airports and train stations).

If you’re not someone who likes to carry cash, just about everywhere accepts major credit cards. ATMs are everywhere you go and most countries also accept mobile payment such as ApplePay.

This is a tip directed specifically towards American travellers. Every country in the world uses chip technology for their credit and debit card machines. I am always so startled when I visit the United States and I can’t tap for payments or I still have to swipe my card and sign a credit card slip because we haven’t had to do this in Canada (or the rest of the world) for a great number of years. This being said, if you are an American traveller, be sure to know your pin numbers as you’re going to need them. Most international destinations also accept ApplePay which is even more convenient!

A note to those visiting the United States: When you are at a restaurant, more often than not if you pay by credit card, the server will take your credit card away from the table to swipe it at a central machine. They seldom have portable machines that come to your table so know that they are not trying to steal your card. You will have to write your tip amount in and add up the total (by hand) and sign the slip. In North America, tax and tip are not included in menu prices and are added afterwards. A minimum of 15% gratuity is expected.

#5: Be Considerate On The Metros

Most large cities that you’ll visit will have a fantastic metro system that will help you get around quickly and on a budget. It’s worth noting that a few considerate behaviours are important to remember! If you see someone elderly or pregnant, give up your seat, just like you would at home. Don’t be an entitled jerk just because you’re on vacation.

Wear your backpack on your front when standing on the metros. Many see this and think it is to avoid pick-pockets, but it is really to be considerate of those around and behind you. You don’t want to constantly bumping people with your large backpack.

North America uses one type of power outlets, Europe, Asia and the rest of the world all have a different set so you’ll need to pack adapters. I thought this was something that was universally known, but I witnessed something that taught me otherwise: I was in a Starbucks in Paris when I heard a woman berating her barista because she couldn’t dry her hair that morning because the power outlets were different. Not sure how her wet hair was the problem of the Starbucks employee, but here we are.

In terms of outlet adapters, be sure to check your hair dryer and other hot tool manuals to ensure that they can be used with international adapters as not all can be and it can short them out (I lost a curling iron to this).

#7: Learn The Basics of The Metric System

Every country in the world with the exceptions of the United States and Liberia use the metric system as their primary system of measurement. Temperatures will be listed in celsius, distances will be in metres or kilometres, speeds in kilometres per hour, beverages in litres, millilitres or decilitres. Not sure what to do? There are a few options:

I find the global use of the metric comforting when I’m travelling abroad, but of course need to do some conversions when I travel to the United States. In Canada, many of us use feet and inches for height and other measurements, but I always find myself converting miles to kilometres and Fahrenheit to Celsius. So you see, this goes both ways.

#8: Don’t Be Shocked By Technology

Please don’t be shocked when other nations have modern cars, indoor plumbing, electricity or colour television. Pretty much the entire world has these things now, despite what you’ve seen in movies or in wartime portrayals in the news. North America isn’t lightyears ahead of the rest of the world like many often think it is. A visit to most European or South Eastern Asian countries will show you just how behind we are over here.

It’s also important to remember where products come from. I’m always surprised when tourists are shocked by the vehicles they see in countries like Italy or Germany. Where do you think that BMW, Mercedes, Ferrari, Porsche, Lamborghini, etc. come from? Or when people are shocked at the technology found in Asian countries. Samsung, LG, Sony, Nikon, etc. are all Asian brands.

Example: Despite what you may read (including in the Washington Post), the former Yugoslav nations (Slovenia, Serbia, Bosnia, Croatia, Montenegro, Macedonia) were not behind the “iron curtain” of oppressive communism. I mention this because Croatia is an increasingly popular travel destination and the ignorance of tourists is very apparent there. When visiting Dubrovnik, Croatia last summer, I was approached by multiple tourists who were “shocked” at the modern vehicles, that locals had cell phones – let alone smart phones, and that their hotels had indoor plumbing and colour television. I kid you not.

#9: Be Considerate When Taking Photos

Nothing bothers me more when I’m traveling than the Instagram paparazzi. I know that everyone wants to take their photo beside a famous monument or building, but please do so within reason. I’m an Instagram Influencer and fully understand the desire to get the “perfect” travel photo, but please be considerate.

I have a few tips for you:

Be a good human. I don’t know why this has to be said, but it does. Be friendly, kind and courteous. Use manners, be appreciative and understanding. I think if we all followed this rule in our every day lives the world would be a better place. When travelling, I think this rule is extra important. Believe it or not, you are acting as a representative of your home country abroad and the way you behave is how people in that country will perceive where you come from. I’ve witnessed so many tourists with a sense of superiority and entitlement over locals and it drives me crazy! We’re all humans, so please be kind.

Consider how you would want visitors to your country to behave, speak and interact with you. Remember that you are the visitor to this foreign land so it is important to be considerate to local cultures and adapt to their norms just as you would expect them to adapt to yours. 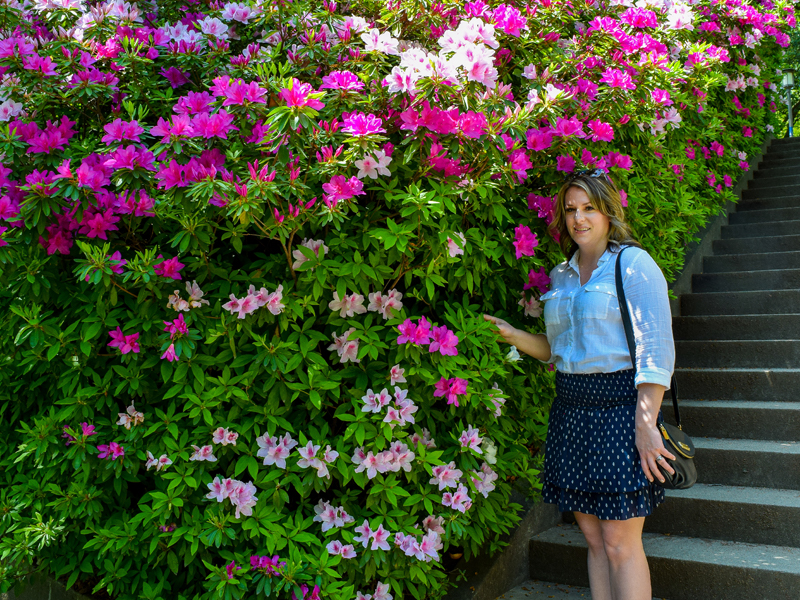 Capsule Wardrobe: What To Pack For Japan In The Spring!

Japan Travel Tips Where to Eat

Simple Tips for Eating in Japan 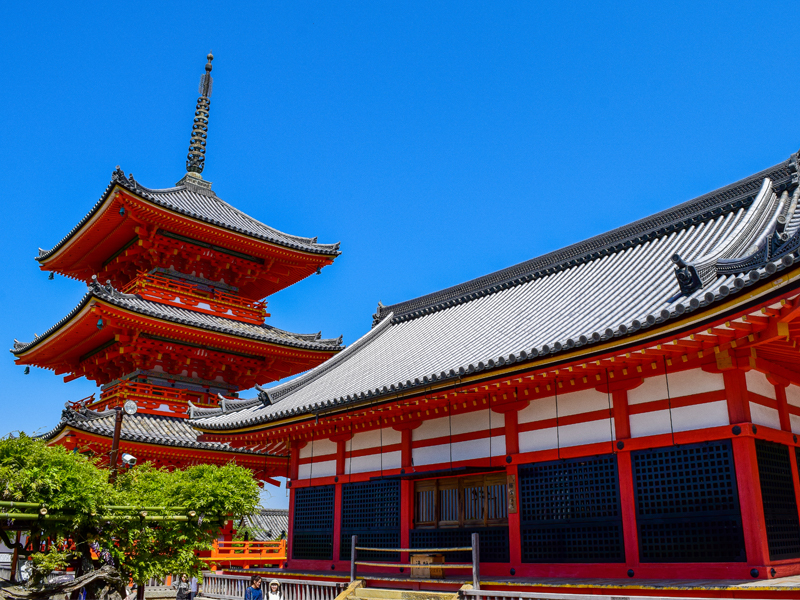 Pantry Organization ✨ You know how excited I was

⁠Laying in Bed ✨ I'd be lying if I said this i

Gallery Wall ✨ You know how much I love gallery

Lincoln Aviator ✨ For the past week, I have had

Fall is Here 🍁 I've resigned myself to the fact

A Little Announcement ✨ We're so excited to anno

How To Keep Your Fridge Clean & Organized

How To Organize Your Pantry – For Real!

How To Create a Perfect Gallery Wall

Beyond The Pantry: How To Organize Your Kitchen