A few weeks ago, I saw a woman post inside a keto Facebook group that I follow: “Help!  I’ve been eating keto for a couple of months now and my weight loss has stalled.  Thinking that maybe I should be going longer between meals…any tips on doing 1 meal a day (or 24 hours fast)?”

And the comments from all the group members were suggesting that “yes! That’s what you need!”  I wanted to cringe.  I also really wanted to go in there on a rage because going longer and longer between meals is most definitely NOT what (most) women need to lose weight. 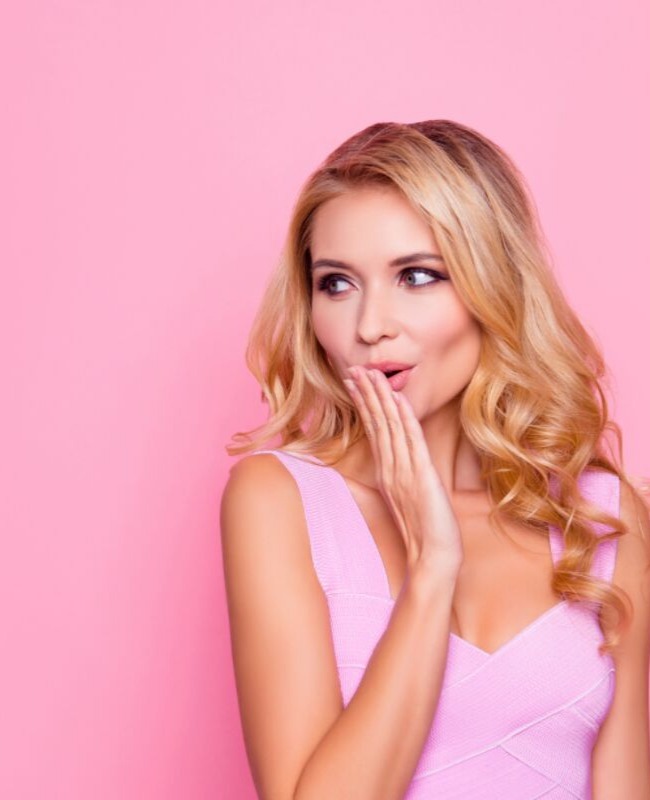 My Mission for Hormonal Fat Loss

I’m on a mission to help women lose weight in a healthful manner by teaching them how to eat to balance their hormones.  And following keto, from all my own personal experience and the research I’ve done, is not the answer…for most women.

Sure, at first, women will lose weight and rather quickly, which is that motivation to keep going.  However, they often reach a point where it stalls, or, worse, their periods stop, their hair falls out or they have zero energy left in their tanks.  This is just not a healthy way to lose weight.

Let’s back up a minute…When it comes to weight loss and trying to finally lose that weight for good, we all need to keep in mind that that weight gain is a SYMPTOM of some imbalance in your body.  Yes, when you eat way too much food and don’t move enough you’ll get fat; however, your insane cravings, your incessant hunger and your super low energy are also symptoms of an underlying health problem.  NOT the root cause of your stubborn weight. 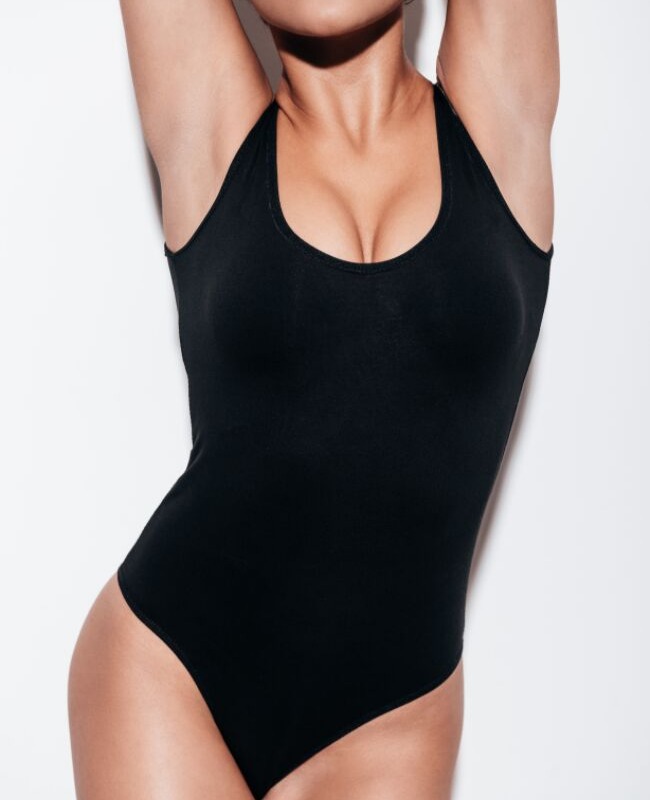 So, when diets come along that suddenly seem like the “miracle cure” we’ve all been waiting for, well, remember that the keto diet was created for a reason.  To help epileptic children reduce their seizures, by removing pro-inflammatory foods and nourishing the nervous system with dietary fat.

When ketone bodies are produced as the dietary fat is broken down, this causes a change in energy metabolism that works like an anticonvulsant on the nervous system of epileptic children.

When the general public (primarily male athletes) began experimenting with the idea of eating more fat and fewer carbs, they did begin to see a way to lose weight. 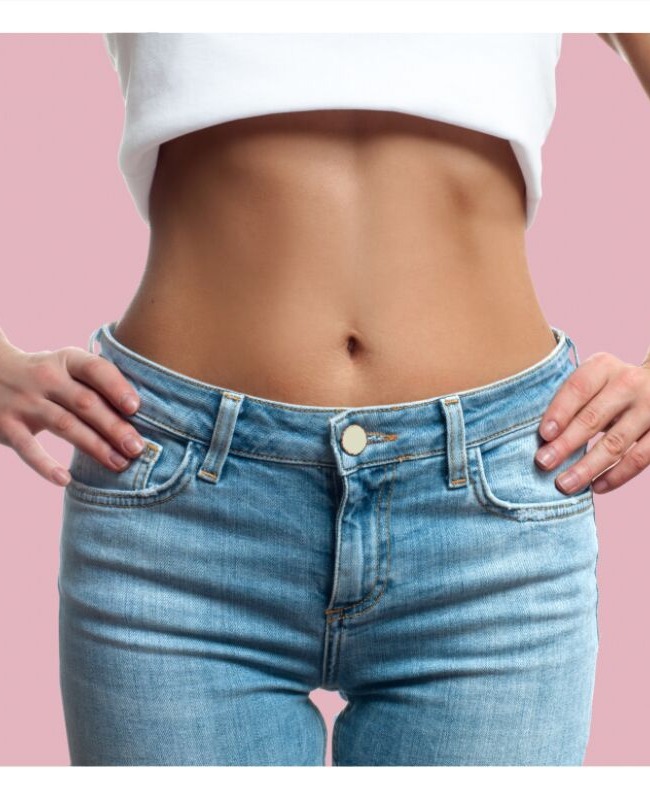 Why Keto Works for Some

It really isn’t a surprise that people eating more fat and fewer carbs lose weight.  For years people were taught that eating fat made you fat, so fat was avoided.  People filled up on fat-free foods (aka highly processed, sugar-laden carbs). And the obesity epidemic started.

Now we know better, that eating healthy fat is really good for our bodies.  It helps to keep us feeling full longer, it nourishes our nervous system and brain to reduce symptoms of anxiety and depression, and it is crucial for the development of our stress and sex hormones.

Traditional Keto In a Nutshell

If you search the Internet for keto diet, you’ll most likely come across the traditional ketogenic diet.  This is the very low carb, very high fat diet that many people are following, the one that is proving fast for short-term fat loss but not so great for long-term viability.  And potentially for your health (more on that below).

Following traditional keto will put you into nutritional ketosis, a state in which the body produces ketone bodies and uses those for energy rather than glucose. 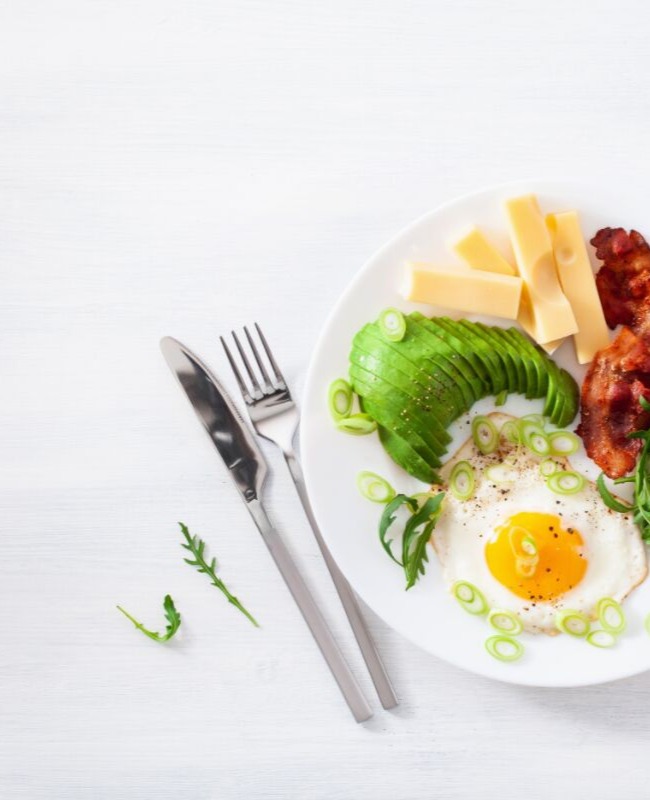 Because of its low carb requirement, the keto diet does drastically reduce insulin levels and can, at first, reverse insulin resistance symptoms.  It’s also very helpful for improving brain health because of the additional fats in the diet.

Typically, the traditional keto diet allows for only 5-10% of your daily caloric intake to come from carbs.

When it comes to studies and research based on traditional keto versus calorie counting diets, many of the comparisons are against low-fat diets, which is always going to favor the keto diet.  When we eat high-carb, low-fat diets, like the Standard American Diet or what we’ve been taught to eat for over 50 years now, we know that this causes insulin insensitivity and other hormonal imbalances that lead to fat storage.

I come across way more women who complain about weight loss plateaus or weight gain after following keto for a while.  In fact, the stress of counting macros, wondering what they can eat, and how to still satisfy their sweets cravings are all contributing to an even bigger hormonal imbalance than just insulin resistance.

Many of these women are so stressed out by this diet that they are ending up with chronically high levels of cortisol and, eventually, symptoms of adrenal fatigue. 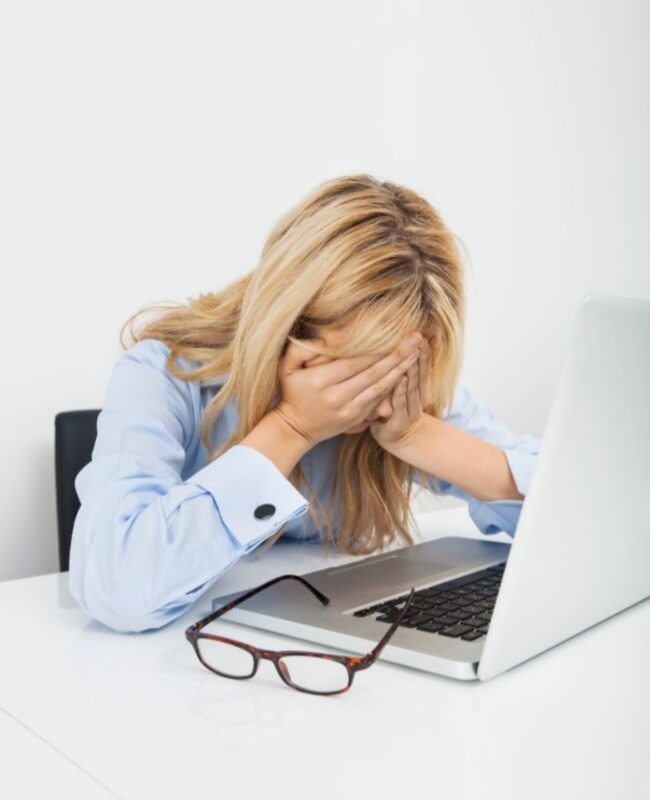 And, because women’s hormones are very sensitive to any kind of stress or imbalance, it’s not really a surprise that the keto diet has been causing them more harm than good.

Drastically reducing carbs to that 5-10% mark adds a lot of stress on a woman’s body.  Healthy, dense carbohydrates contain vitamins and minerals that are very important to a woman’s hormonal health.  Not to mention that many of these shunned foods are great for keeping hair, skin, and nails looking more youthful longer.

Not getting enough complex carbs can reduce serotonin levels (making us feel more anxious and depressed), mess up progesterone (leading to infertility or miscarriages, or early onset menopause), and actually cause a problem with insulin sensitivity over time.

If you aren’t eating enough protein, that excess cortisol can begin to convert stored amino acids to glucose for energy (because some organs, like the brain, solely run on glucose).  This leads to muscle wasting, which will eventually start to cause weight gain.  The more lean muscle mass you have, the more energy you’ll burn and the less fat will be stored.  On the flip side, too much protein can lead to insulin resistance.  When you consume too many amino acids, the body converts excess to glucose, which the pancreas has to deal with using insulin. 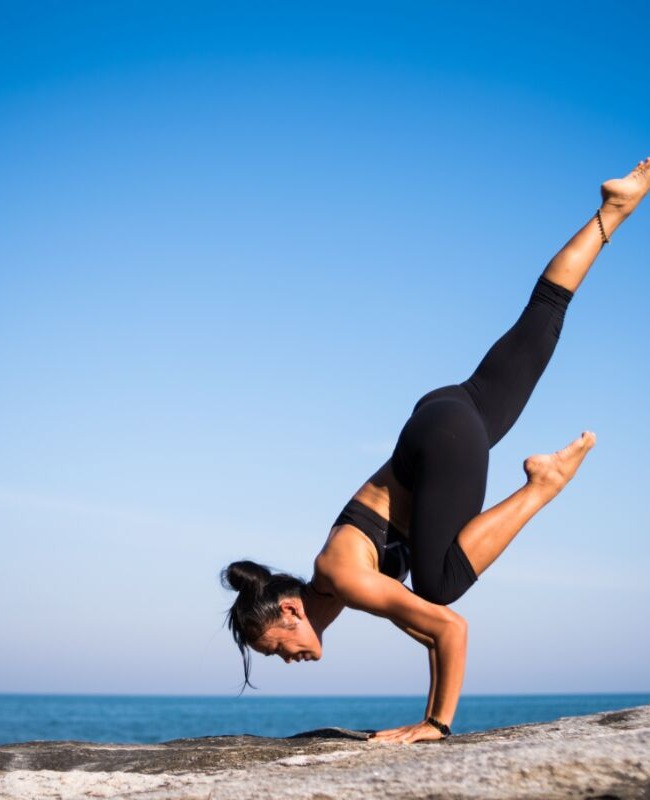 And, excess cortisol can cause elevated levels of testosterone and estrogen, both of which can cause unwanted health issues like adult acne, PCOS and a slower metabolism.

While many women who start a traditional keto diet notice improvements in insulin resistance, eventually the elevated levels of cortisol can bring that back.  When cortisol is continually produced, it raises blood sugar for the fight or flight response.  Insulin is secreted constantly, as well, trying to move that blood sugar into the cells.  Eventually, as with nutritional insulin resistance, the cells stop responding and you become insulin resistant.

And, finally, ditching so many healthy foods like the root vegetables and most fruit, could cause nutritional deficiencies.  Not to mention mineral imbalances in your body.  And no, relying on supplements to “fix” these issues is not the answer – supplements are not as bioavailable as nutrients from whole foods.

Another problem related to chronically high levels of stress is that the immune system is suppressed.  Cortisol helps reduce inflammation in the body but, over time, continually high levels of the stress hormone cause the immune system to stop functioning as well as it should.  Chronic inflammation from poor diet choices (as you’ll see below) is one major factor behind poor immunity. 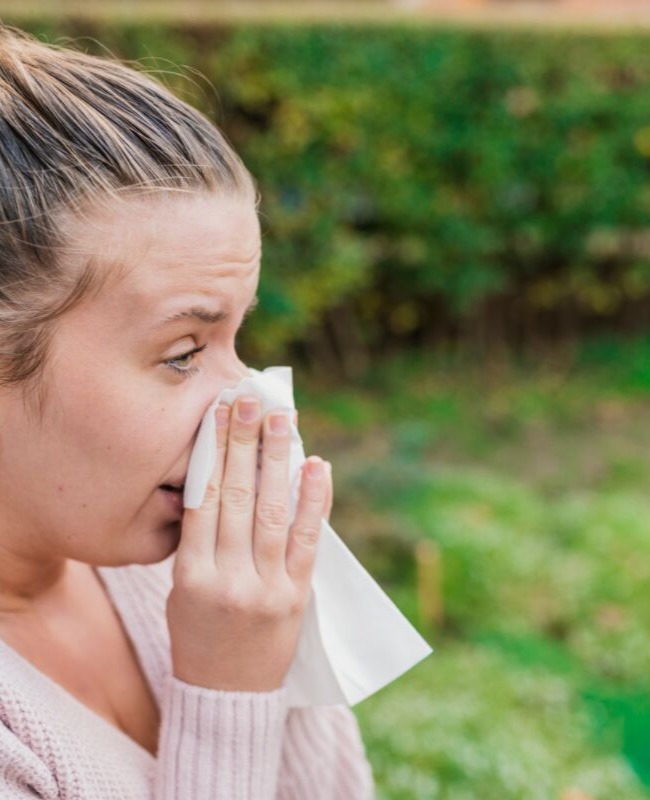 Over time, if this is kept up, your risk of developing diseases like IBS, cancer or autoimmune disease increase dramatically.

One of the biggest factors in inflammation today is our food choices.  And, what the traditional keto diet doesn’t factor in, is that many those foods it tells you to eat a LOT of…well, many are super pro-inflammatory.

Dairy, red meat, and processed meats (which I see a LOT of in most of the traditional keto diet food pics and recipes out there) are in the top 5 pro-inflammatory foods.  Missing from this list are 2 foods to avoid on keto – wheat and refined sugar.

As a hormonal fat loss coach with a holistic nutrition education, I ask all my female clients to ditch refined sugar, dairy, all processed grains and meats and wheat almost immediately.  And try to keep grass-fed red meat to 2-3 times per week maximum.  This has proven to be the biggest improvement in their overall health.  They’ve had better weight loss success by not counting calories, not counting macros and not stressing about food. 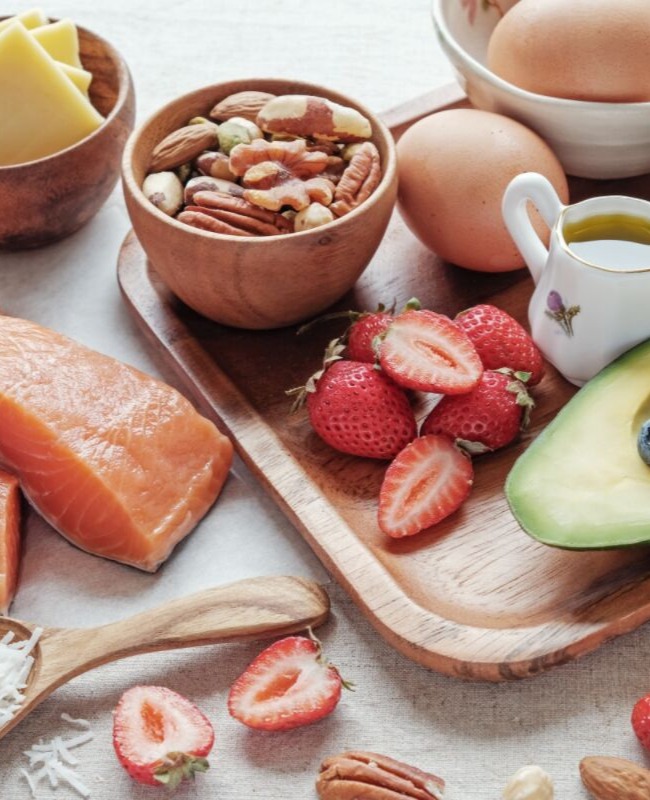 Another Stress Factor Working Against Women in Keto

Intermittent fasting is another strategic component in the traditional keto diet.  The idea is that, the longer you go between foods, the longer you’ll stay in nutritional ketosis and, thus, the more fat you’ll use up.

The problem for women and their delicate hormones is, going too long without food is super stressful.  Their bodies think they’re starving, so they start to release cortisol to convert stored energy from the liver and muscle cells to glucose to keep the body safe and alive.

And, a lot of women seem to believe that, on traditional keto, they still need to limit calories, so they go for this 1 meal a day plan.

Here’s the bottom line:  This style of eating is throwing 3 HUGE hormonal roadblocks up when it comes to losing fat and keeping it off for good: 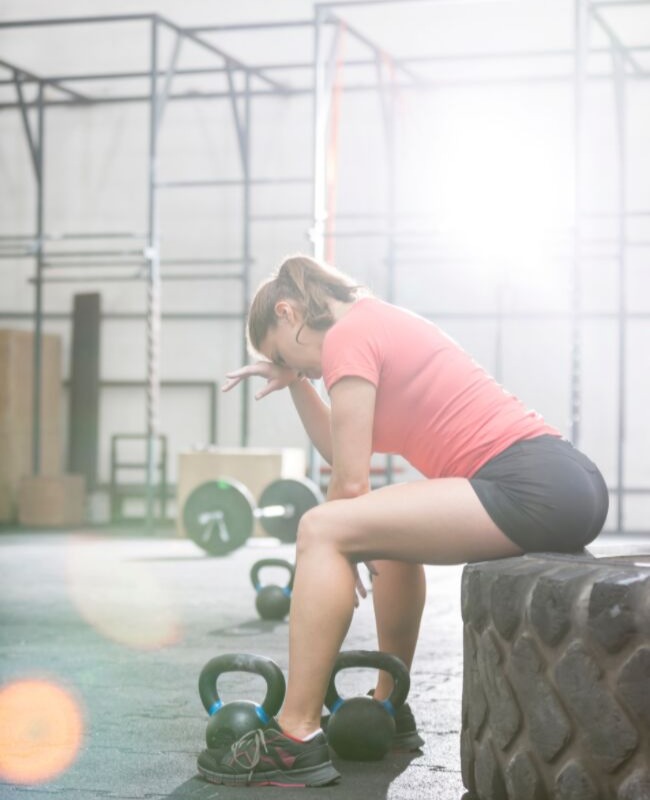 And when cortisol is too high for too long, you get a bunch of health issues:

So, how is a woman to lose weight?  And keep it off long-term?

I get it, the keto diet sounds amazing – it makes these promises of fast fat loss and we ALL have that friend who lost a tonne during the first few weeks of the diet.

But, it has its downfalls.  Socially, it’s really hard to sustain the traditional keto diet as it’s been dictated.  Most of the research promoting it has been done on men and/or athletes, not your average office professional female.  It promotes some of the worst foods to maintain a healthy lifestyle and longevity.  It keeps your cortisol high and causes major hormonal imbalances. 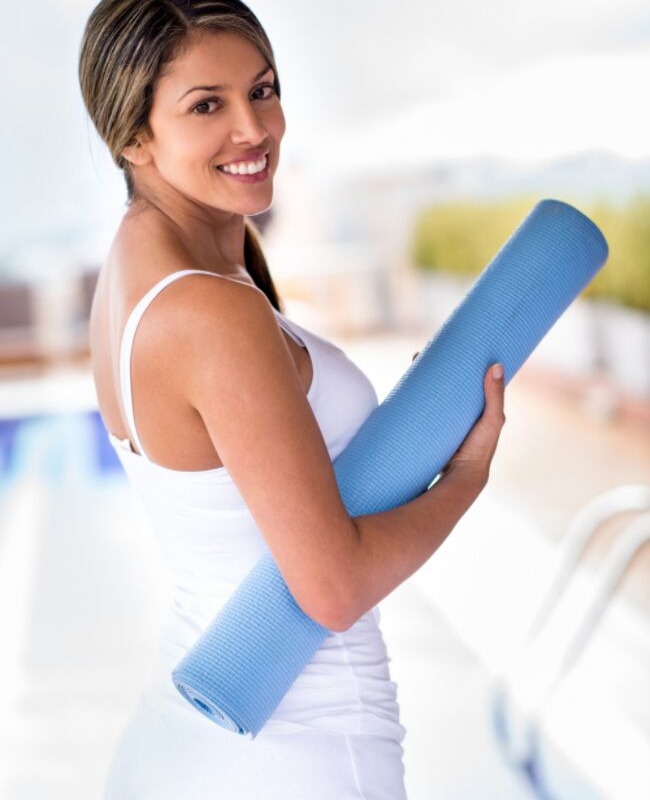 The thing is, I do love the idea of eating a high fat / low carb diet long-term.  It’s what I’ve been doing for over 5 years and the main factor behind my own 10+ years of weight loss maintenance.

What makes this work for me, though, is not following a strict, stressful keto diet.  I follow a hormonal balancing program that roughly follows the same principles of keto…only my style involves healthy root vegetables, the occasional potato and, yes, even pizza.  Because what I and my clients have found works better, to keep the weight off and keep the hormones balanced, is to include healthy carbs every once in a while.  It’s like lighting a fire under your metabolism to kick it into high gear.

For the women who want to lose the fat AND keep it off long term, I’ve pulled all my years of education, research and experimentation into a 90-day program so that they can learn how to eat in a way that keeps their hormones balanced.

It’s when those hormones are balanced that you can lose the weight and keep it off…for good. Even while on vacation, during holiday family dinners and those fun girls’ nights out. 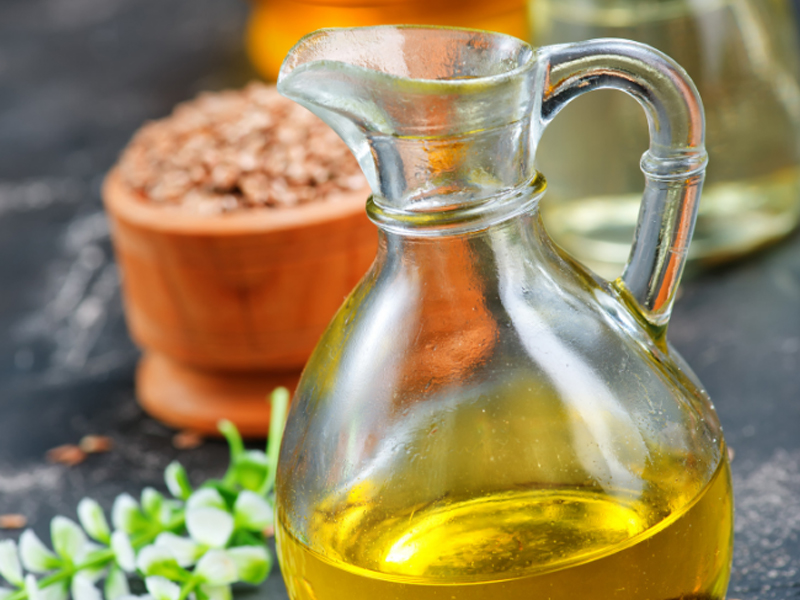 What Are The Healthiest Oils & Fats To Cook With? 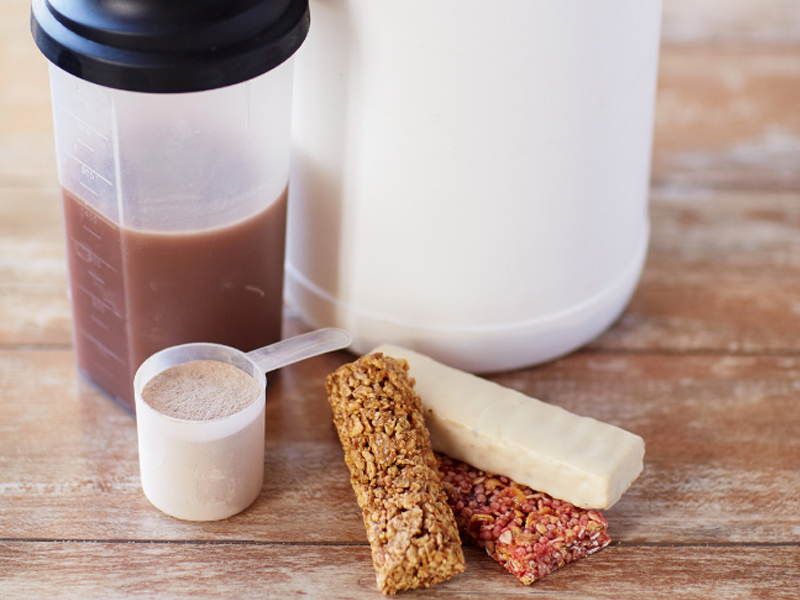 Exercise Nutrition: What to Eat Before + After a Workout 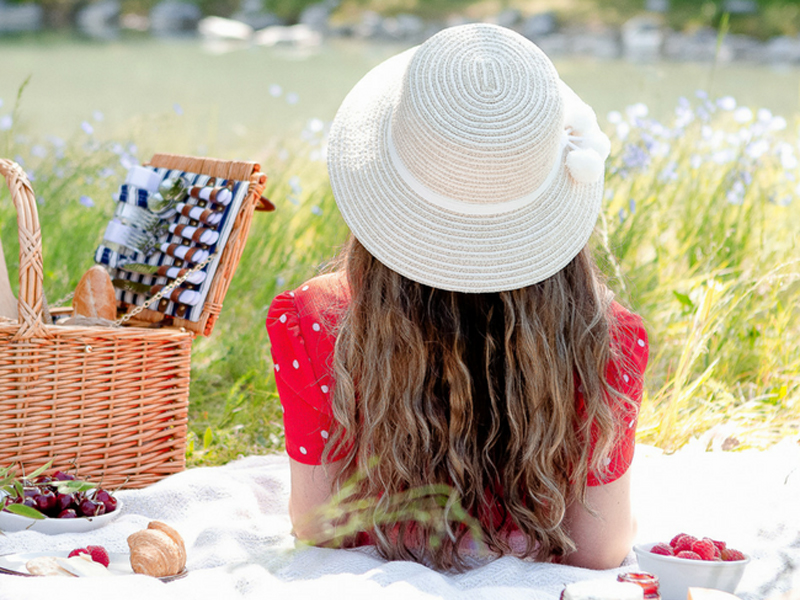 Feeling Unwell and Not Sure Why? It Could Be Your Hormones!

It is so nice and warm out here this week! ☀️

Neutral bedroom spaces like this are some of my fa

International Women's Day is on its way and I am s