There are so many great new mascaras on the market and their names are definitely catchy!  That being said, I wondered if they rang true to the product performance. 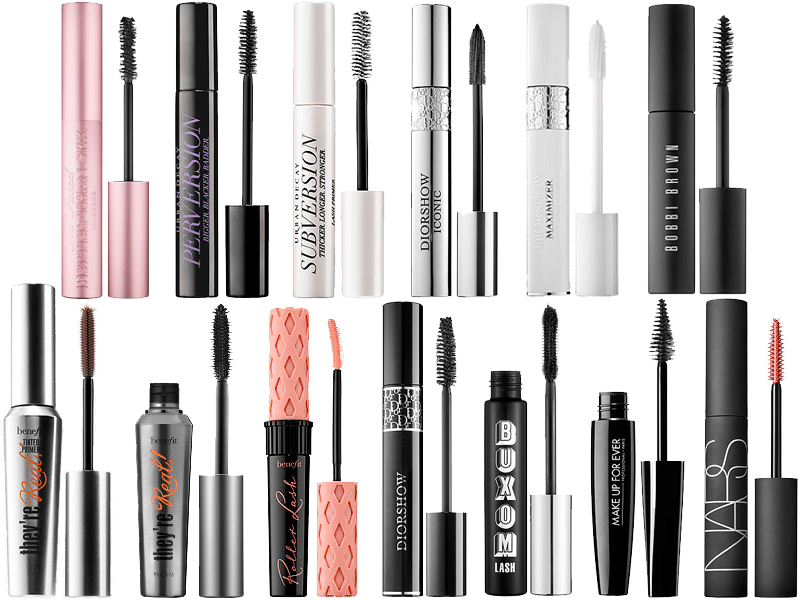 I tested 10 different mascaras and 3 primers for length, curl, number of coats, long wear and more.  Of course this doesn’t even scratch the surface of the products offered by each of these brands or for mascara in general.  I could probably try a different mascara every day for a year and still have a few leftover!

For what I did try, I found that each of them lasted all day (and through playing hockey) in just their smudge-proof formulations.  My more specific discoveries are all here. 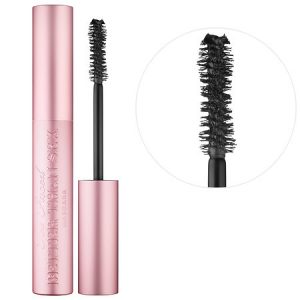 Claims: Inspired by the curves of a woman’s body, the hourglass-shaped brush was designed with extra stiff bristles to maximize the performance of this carbon black, collagen-fueled formula. One coat and lashes are full and defined. Two coats and lashes are even more luscious, curled, and dramatic. Three coats help you achieve the most intense, black, multidimensional lashes possible.

What I Discovered: The brush is stiff and it did curl, lift, thicken and define.  This is definitely the best one-coat mascara I have ever tried.  Beware of adding to many coats, though – because of its powerful formula, it can look clumpy if you get carried away.  Also, the handle on the brush is really heavy, so make sure you’re holding on tight to balance it properly.  Does it live up to its name?  I’ll let you decide. 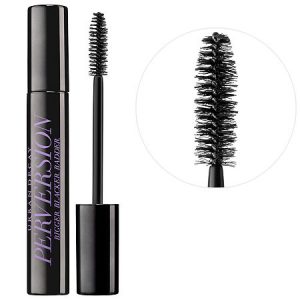 Claims: Perversion glides on easily to instantly create sexy lashes. It has a creamy, full-bodied texture that is not too dry and not too wet to allow just the right amount of pull as it glides through lashes. This formula is not sticky or clumpy, and it contains Hairdensyl, a complex blend of proteins and amino acids that are known to stimulate lash growth. The honey extract provides deep nourishment, sea idrolized elastine stimulates the hair follicle, and marine collagen protects. The high-tech, volumizing brush separates and defines each lash for a clean, clump-free finish, and the triple-black pigments leave them looking intensely black.

What I Discovered: This mascara lengthened, curled and separated my lashes really well.  It didn’t add much volume, or maybe as much as other mascaras.  One thing I really did like about this was how well it coated my lashes and just how natural they felt to the touch after it dried – they still felt soft and flexible as if I wasn’t wearing mascara at all!  I also liked that I could add as few or as many coats as I wanted to get different effects, all without it being clumpy. 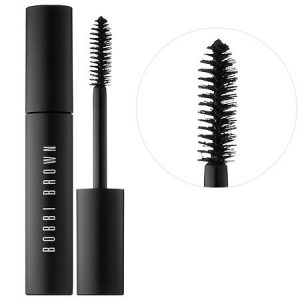 Claims: A long-lasting, high-impact mascara with a jumbo brush and a rich, carbon-black formula that intensely thickens, curls, and lifts lashes.

What I Discovered: This product really does lift lashes and make eyes appear more open.  The large (quite fat) brush isn’t very easy to handle, but once you get the hang of it, only 1-2 coats were required.  I felt like it did thicken, curl and lift like it claimed. 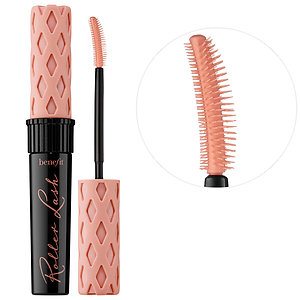 Claims: Bye-bye, eyelash curler! Roller Lash not only lifts and super-curls, but this instant curve-setting formula holds for 12 hours, is easy to remove, and contains provitamin B5 and serine, known for their lash-conditioning benefits.

What I Discovered:  Full disclosure – I’ve written about this mascara before and I love it.  It’s been my go-to for quite some time and here’s why: I love that it curls my lashes and sets a curve to them.  The rubber brush is small and easy to manage with a grippy handle.  I love that I can wear it under other mascaras to add curl without using a curler before hand. 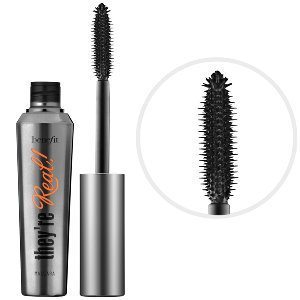 Claims: The specially designed brush features staggered bristles that grab close to the root, boosting length and volume beyond belief. The custom-domed tip uses precision bristles to lift, define, and curl even your tiniest lashes. With a glossy, jet-black, long-wearing formula, you’ll flaunt luxurious, silky lashes that won’t smudge, clump, or dry out.

What I Discovered: This mascara really does make it appear that you are wearing false eyelashes!  It is really thickening and really lengthening.  I found that it does not curl well, so for a bit of a curl (with no curler), I recommend applying a coat or two of their Roller Lash first.  Lastly, the brush is rubber and spiny, and although easy to handle, the mascara itself is quite a thin, liquid consistency, so be cautious of this when applying. 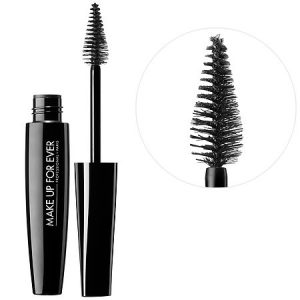 Mascara: Make Up For Ever Smoky Extravagant Mascara

Claims: This clump-free, volumizing mascara delivers long-lasting wear in one stroke. Using 4D technology, an exclusive microdefining wax complex envelopes the lash surface in ultrablack pigments for far-away impact and up-close precision. The dual-purpose, cone-shaped brush has a precision tip that separates lashes as the rounded base creates extravagant volume from any distance.

What I Discovered: The brush is very tapered (very!) and almost cone-shaped.  I found it a bit trickier to handle because of its non-traditional brush shape (I’m not enough of an ambidextrous mascara applier for this one!).  What it did was add a dramatic effect to my outer lashes, appearing longer.  This mascara is great for cat eyes! 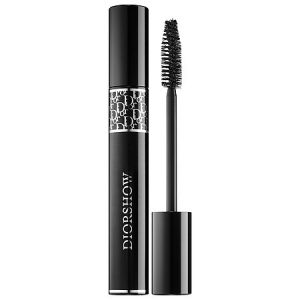 Claims: The reinvented Diorshow Mascara features Dior’s revolutionary patented AIR-LOCK™ wiping system that keeps mascara fresh until the last use—as though you were using it on day one. Its original XXL Brush, a backstage makeup pro-inspired tool, is perfect for applying the versatile, microfiber-enhanced formula that gives buildable volume with each stroke. The formula’s lash-care action helps smooth lashes for even more spectacular shape, coverage, and volume. With Dior’s delicate signature rose essence, Diorshow Mascara elevates your lashes and your senses. Get fuller lashes, bolder impact, and a formula that lasts with this conditioning mascara.

What I Discovered: The brush is quite fat and tapered but no so large that it is difficult to handle.  It certainly lengthens lashes, but it doesn’t add the curl that I needed from my mascara.  It is definitely something that you can add multiple coats of without it getting clumpy. 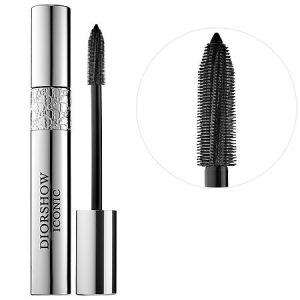 Claims: Created backstage for fashion shows and celebrity red carpet events, the Iconic mascara features an oblique cut brush that gives an extra lash-curling effect. With its long, skinny teeth, the plastic comb brush allows you to precisely coat each lash one-by-one, creating a long, separated fan of lashes that usually takes the skill of a makeup artist. The extra-hold formula provides a 24 hour-curl with 100% smudge-proof results.

What I Discovered: This used to be my favorite mascara and I do still really like it.  It’s a great every day mascara – the brush is small and easy to manage.  It separates lashes really nicely (without them looking piecy) and it adds a bit of length.  This is one that you can wear one or multiple coats and it doesn’t clump – even if you add a bit of extra later in the day!  It’s easy to see why it’s a cult-favorite.  It curls lashes a bit, but not as much as I needed it to. 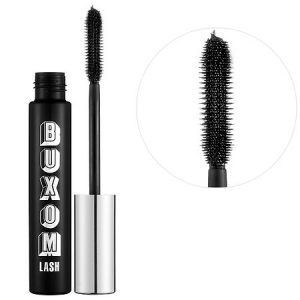 What I Discovered: The brush is really spiny and looks a bit sharp, but when you use it you see why!  It really separates lashes – quite alot!  I think this one is best used by those with really thick lashes or on bottom lashes.  I did think that it coated evenly and darkened my lashes. 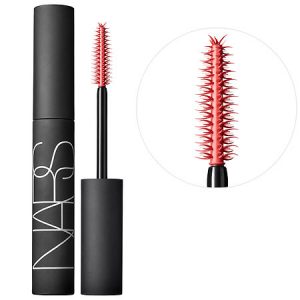 Claims: Designed with over 200 molded bristles and lengthening hooks, NARS’ lash-catching brush evenly grips and coats lashes from roots to tips. It simultaneously separates, lengthens, and amplifies, while the tapered tip finishes off the inner and outermost lashes and enhance the lower lashes. An extraordinary balance of suppleness and staying power, the uniquely fluid, first-to-market formula creates incredible volume and definition that is lightweight and long-wearing.

What I Discovered: The brush is made of flexible rubber and quite spiny (the red is fun, though!).  I found that it really separated my lashes, added length and defined them well.  What it didn’t do was thicken or add much volume to my lashes or my lash line.  I think this is another mascara that is great if you have really thick lashes and need some separation or if you are trying to achieve that look.

I’m a big believer in mascara primers.  I feel they add extra length and dimension and I like that they condition lashes.  I’ve tried 3 different ones here under all the mascaras above as well as their respective partner mascaras. 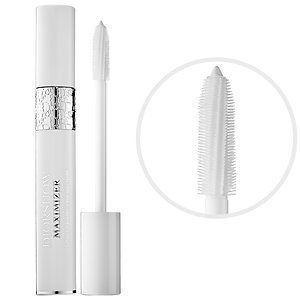 Claims: Enriched with Pure WhiteTM complex, this primer reveals the optimal color and intensity of lashes. Its revitalizing oil serum concentrate improves thickness, curl, and the look of lashes for ever-increasing results, application after application.

What I Discovered: This is my absolute favorite primer and it has been for years.  They just reformulated it and it is even more amazing!  It adds a ton of length and dimension to my lashes and can also be worn overnight night to help condition and lengthen lashes. 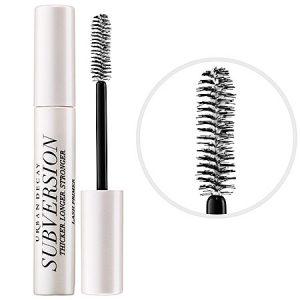 Claims: Prep eyelashes for the perfect mascara application with Subversion Lash Primer. The brush coats each lash from root to tip, making them thicker and longer—letting you build dramatically better-looking lashes that look like false lashes. Formulated with protective panthenol and conditioning vitamin E, this primer strengthens lashes for high-volume application.

What I Discovered: This primer did a great job if pre-curling, separating and adding length to my lashes.  The bristles on the brush really coat your lashes well and almost overlap them to make them look full like a set of falsies. 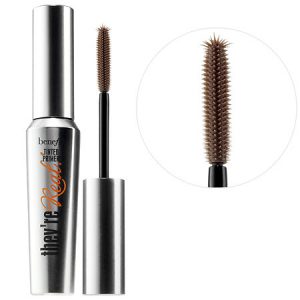 Claims: Step up your lash look with They’re real! tinted primer. When worn alone, the mink-brown primer gives lashes a natural, feathery look, and when worn as a primer, it boosts your mascara’s performance. Infused with a high-performing gel formula, it is water-resistant and conditions lashes with provitamin B5. Its custom ExtraFlex brush is specially designed to move with lashes for ultimate separation.

What I Discovered: This product is so similar to the mascara itself (see above), so I won’t go into too much detail about that here.  The thing I really liked about this primer is that it can be worn in lieu of mascara if you want to keep eyes more subdued or just add color to lashes on a bare-faced day. 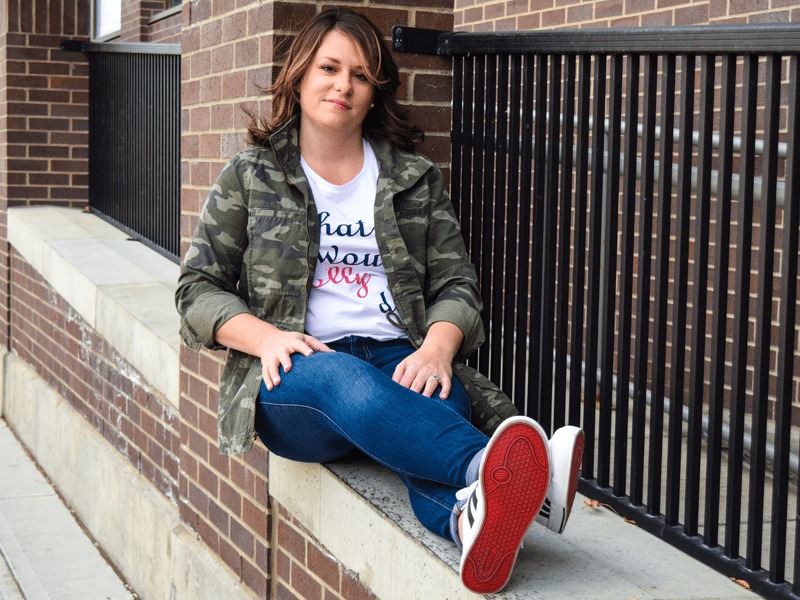 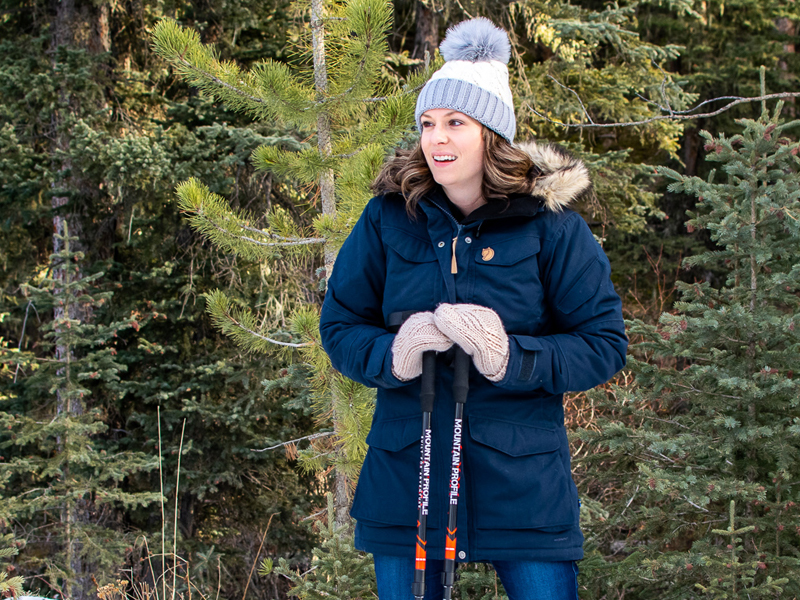 It's no secret that being comfortable is the most

⁠⁠ Are you Strong As A Mother can be? So often

Feeling the blues?! 💙 I am still in love with t

All Home, <a href="https://www.styledtosparkle.com/category/house-home/decor-inspo/" ti